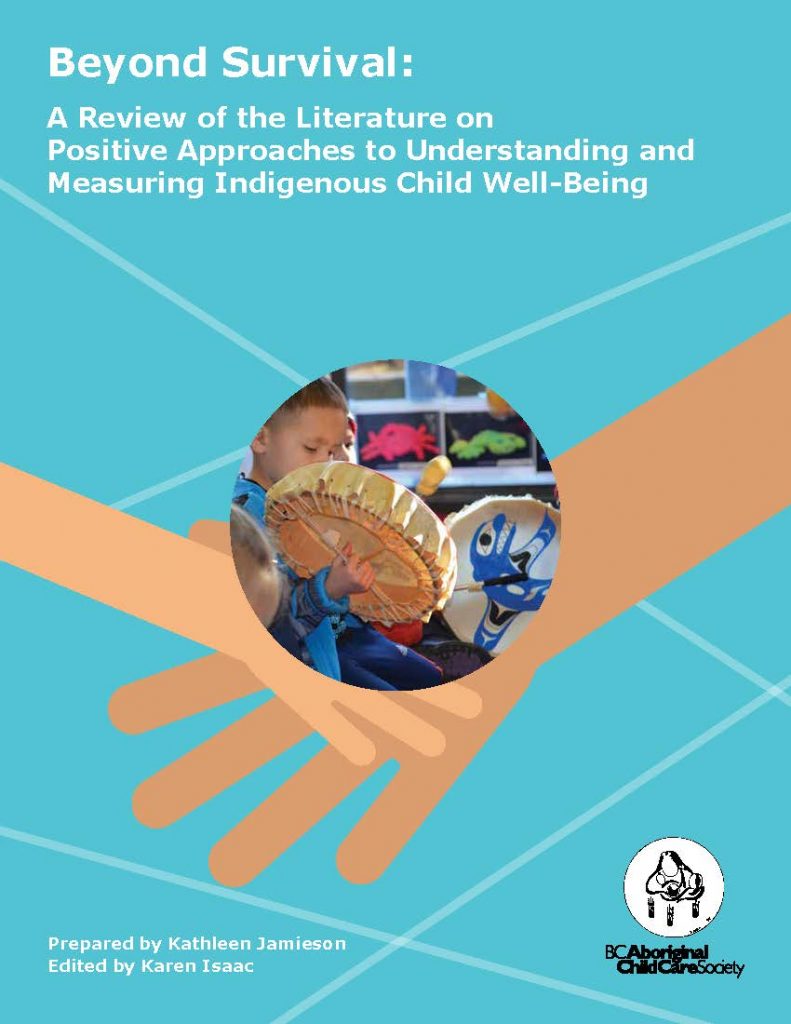 Summary
This literature review is the first phase of an initiative of the BC Aboriginal Child Care Society (BCACCS) designed to develop positive approaches to understanding, fostering, measuring, and monitoring Indigenous child well-being.

The "Beyond Survival: A Review of the Literature on Positive Approaches to Understanding and Measuring Indigenous Child Well-Being" review is exploratory. It is based on a range of Indigenous and non-Indigenous sources that emerged between the years 2000 and 2016 and are available on the Internet or in print.

In striving to address inequities, the wealth of Indigenous and international knowledge on Indigenous child well-being has often been ignored and the evidence is that current Canadian government policies, which primarily address deficits, have not worked effectively in promoting the well-being of Indigenous children’s and their families.

Acknowledgements
First, we want to thank the members of the focus groups on Indigenous child and family well-being held at the very beginning of this initiative. Their valuable insights helped guide and give impetus to this literature review.
We also want to thank the BC Aboriginal Child Care Society (BCACCS) Board and staff members who helped at different times in important ways: Rowena Koh helped to locate documents and tracked errant references, Fionn Yaxley, and Scott Nahanee kept communication flowing. Many thanks also to Mary Teegee, President of the Board of BCACCS, for her unflagging support. Thank you to the BCACCS Executive Director for her continued support of this research.
Thank you to Eagle’s Nest AHS preschool for providing the photo.
Heartfelt appreciation to Kathleen Jamieson, Researcher/Writer for her relentless pursuit of knowledge and ways to showcase Indigenous child well-being.