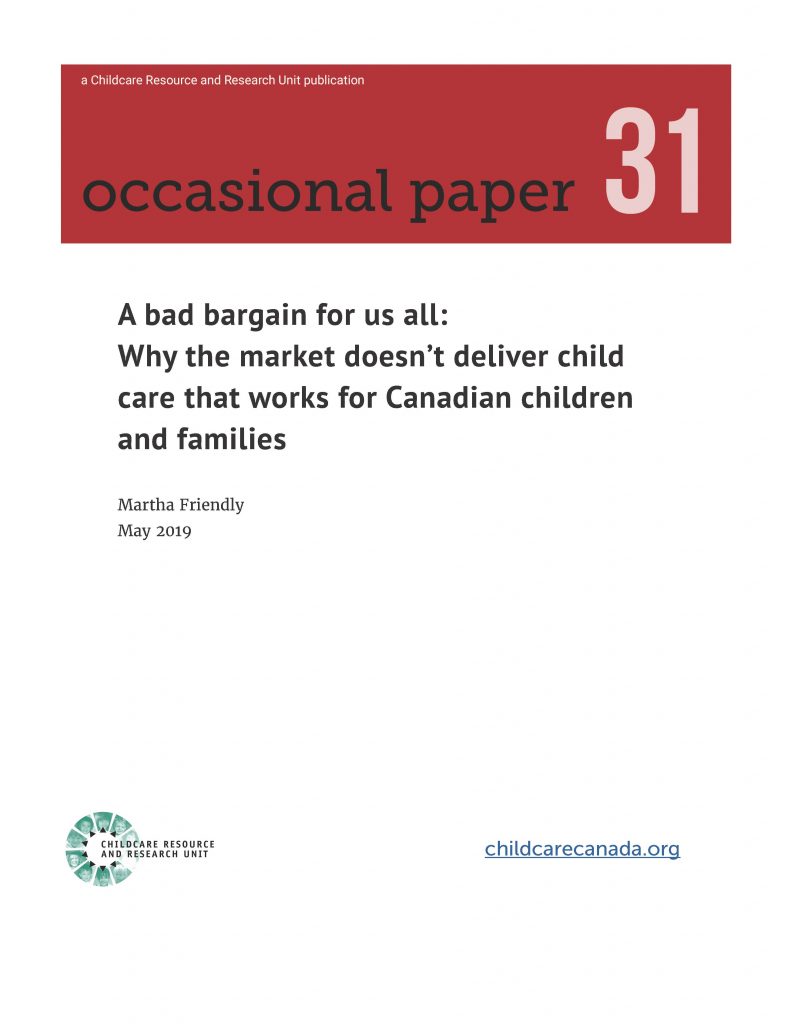 "White and Friendly have described the poor access and weak quality that are the norm not only in Canada but in other developed countries that chiefly rely on the market for child care, contrasting these to countries that provide more publicly-managed, publicly-funded, often publicly-delivered child care systems that are much more universal in approaches that serve most young children (2012)."